Getting the word out

Hurricane Sandy was one of the most devastating natural disasters in New Jersey’s history. The storm caused millions of dollars’ worth of property damage and left hundreds of families displaced. Years after the tragedy, federal and state offices still had millions in relief funds available for people whose homes had been damaged but a massive public awareness campaign was needed to get the word out. I worked with FEMWORKS LLC, a local marketing and communications firm, on a six month, multi-faceted  campaign. When working with government clients, function always is paramount, especially in a case like this. It becomes about efficiency and modularity instead of flash and innovation. Not the best situation, but it’s the name of the game.

I created a specialized style guide to manage all campaign themes, approved colors, logo treatments, and other design elements. Working closely with our project partners, we developed a consistent look and feel across all media. 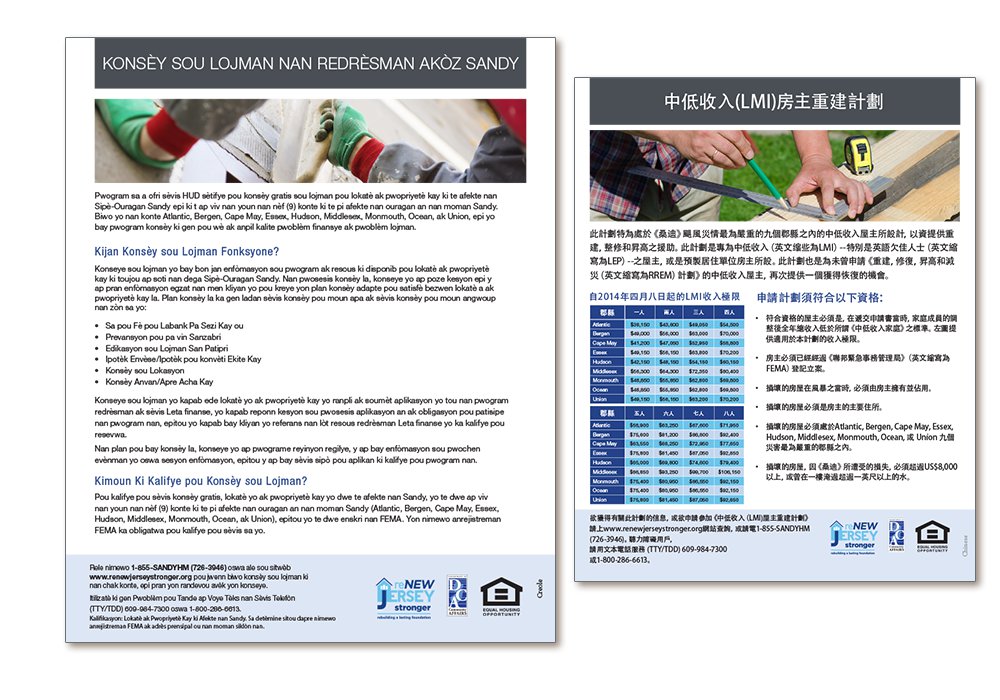 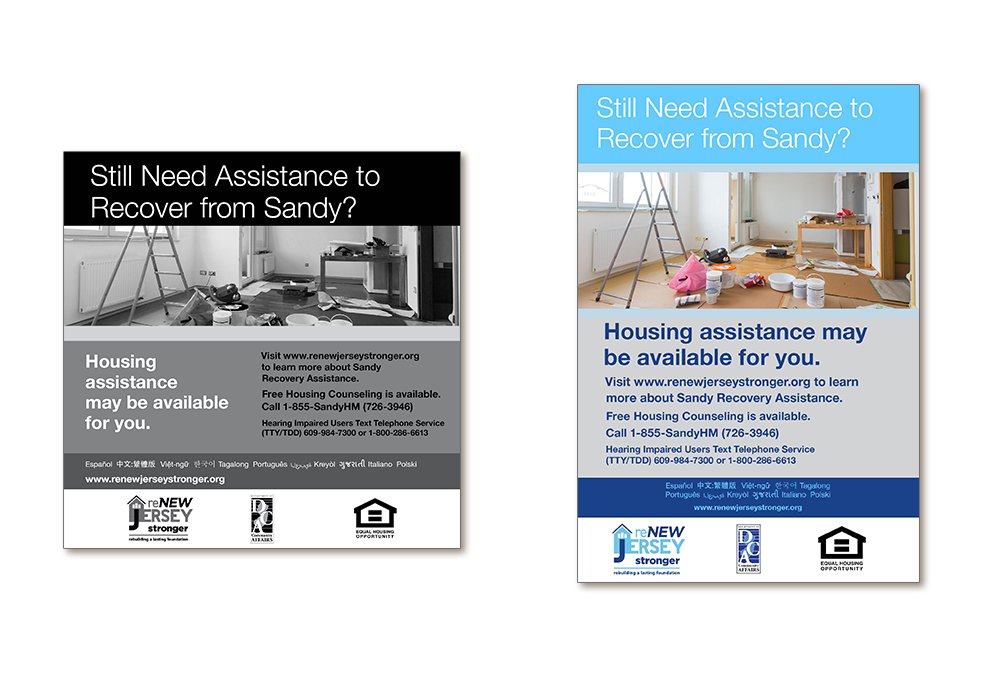 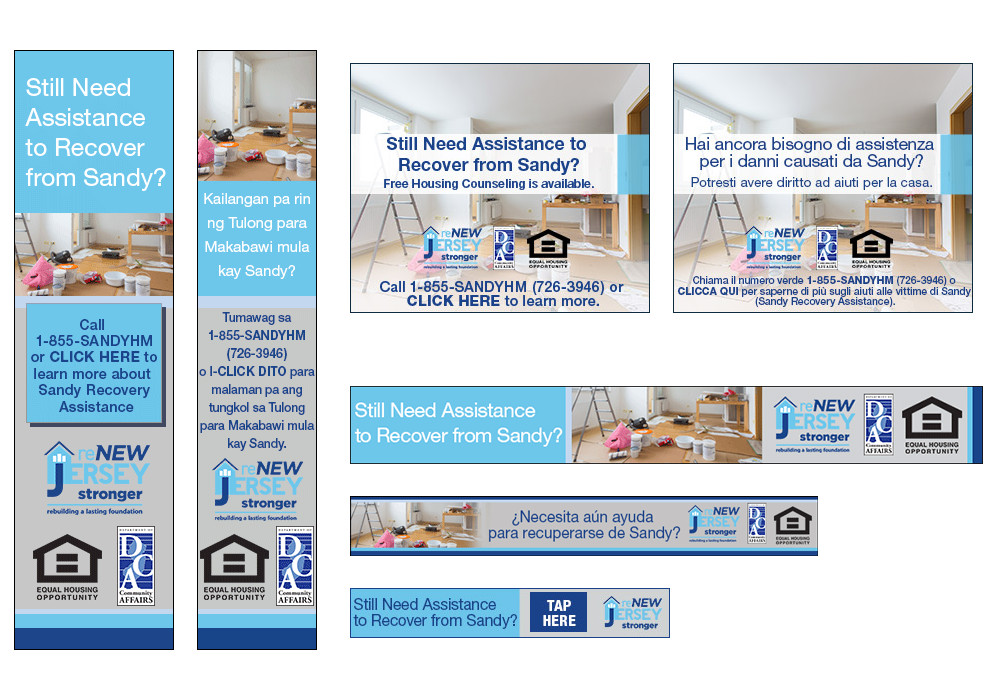